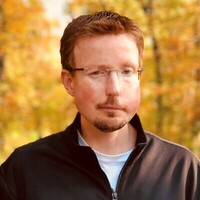 Josh was born on January 21st, 1978 to John and Lynn (Mathias) Wilson. He grew up on a farm outside of Round Lake, MN and he graduated from Sioux Valley-Round Lake-Brewster. He then went on to attend MN West and later graduated with his Doctor of Pharmacy degree from South Dakota State University. He was employed by Walgreen’s for over 17 years.

Josh was very active and enjoyed golfing, running and singing karaoke. He had a passion for traveling, especially going on vacations with his family. Josh loved spending time with his nieces and nephews.

He is survived by his parents, John and Lynn Wilson of Round Lake; brother, Mathias (Krissy) Wilson and their sons, Solomon and Cyrus, and their daughters, Leah and Ella, all of Waseca; sister, Rachel (Ethan) Wieneke and their daughter, Quinn, all of St. Paul; and aunts, uncles, cousins, other relatives and friends.

To order memorial trees or send flowers to the family in memory of Joshua O. Wilson, please visit our flower store.