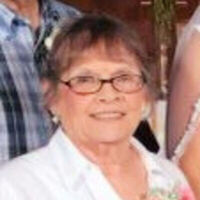 Memorial service will be 11:00 a.m., Saturday, April 9, 2022 at Belgrade Avenue United Methodist Church in North Mankato with visitation one our prior to the service. Burial will be at Ft. Snelling National Cemetery at a later date.

Judie was born May 10, 1943 to Robert and Jean (O’Hara) Gage in Minneapolis. She graduated from Robbinsdale High School in 1961. On December 29, 1976, she married Norman Douglas. Together they raised five children.

Judie started working for Carlson Craft in 1982 as a proofer and computer programmer. She retired in 2002. In her free time, Judie enjoyed going to garage sales, thrifting, antiquing, reading, going fishing, and spending time with family. She was known to have a creative side and used her talents to work on remodeling projects at her home and was especially good at carpentry.

Judie was preceded in death by her parents; son, Mark; and dog, Gauge.

To order memorial trees or send flowers to the family in memory of Judith Douglas, please visit our flower store.