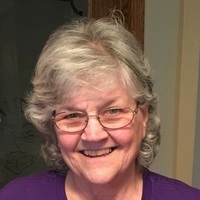 Karen Kay Palmer, age 70, of Mankato, passed away January 4, 2021 at her home surrounded by her family and friends after a hard-fought battle with cancer.

A Celebration of Karen’s Life will be held at a later date to be announced. Arrangements by Mankato Mortuary.  Online condolences can be sent to the family at www.mankatomortuary.com.  Cards may be sent to Tate Palmer, 125 Copperfield Drive, Mankato, MN 56001.

Karen was born on November 17, 1950 in Mankato, MN to Lowell and Helen (Piepgrass) Mather. She graduated from Madelia High School in 1968 and from South Central College with a business degree in sales and marketing. After graduation, she worked on the maternity floor of St. Joseph’s Hospital where her passion for taking care of children began. During this time, she married, had 3 sons, and later divorced. In 1981, Karen started daycare in her home so she could also raise her sons. In 1987, her entrepreneurial spirit led her to start the first ever drop-in daycare center, Hugs ‘N’ Kids, in Mankato, which she ran until 2004. Afterwards, she continued to serve others in retail at Catherine’s and then at Christopher & Banks, until she received her cancer diagnosis in late 2017.

Karen’s passion was people, whether it was her family or friends. There was never a stranger she met who didn’t become a friend. She treated everyone with love and kindness, and always greeted them with a warm smile. She was active in the lives of her children and grandchildren. She took tons of pictures to later show off to everyone.

She loved hosting friends, hitting the town with them, or spending countless hours chatting on the phone. She was an active member in her church, Women Executives in Business (WEB), and the Red Hat Society for many years.

She was preceded in death by her father, Lowell Mather and one of her closest friends, Marti Childe.

To order memorial trees or send flowers to the family in memory of Karen K. (Mather) Palmer, please visit our flower store.