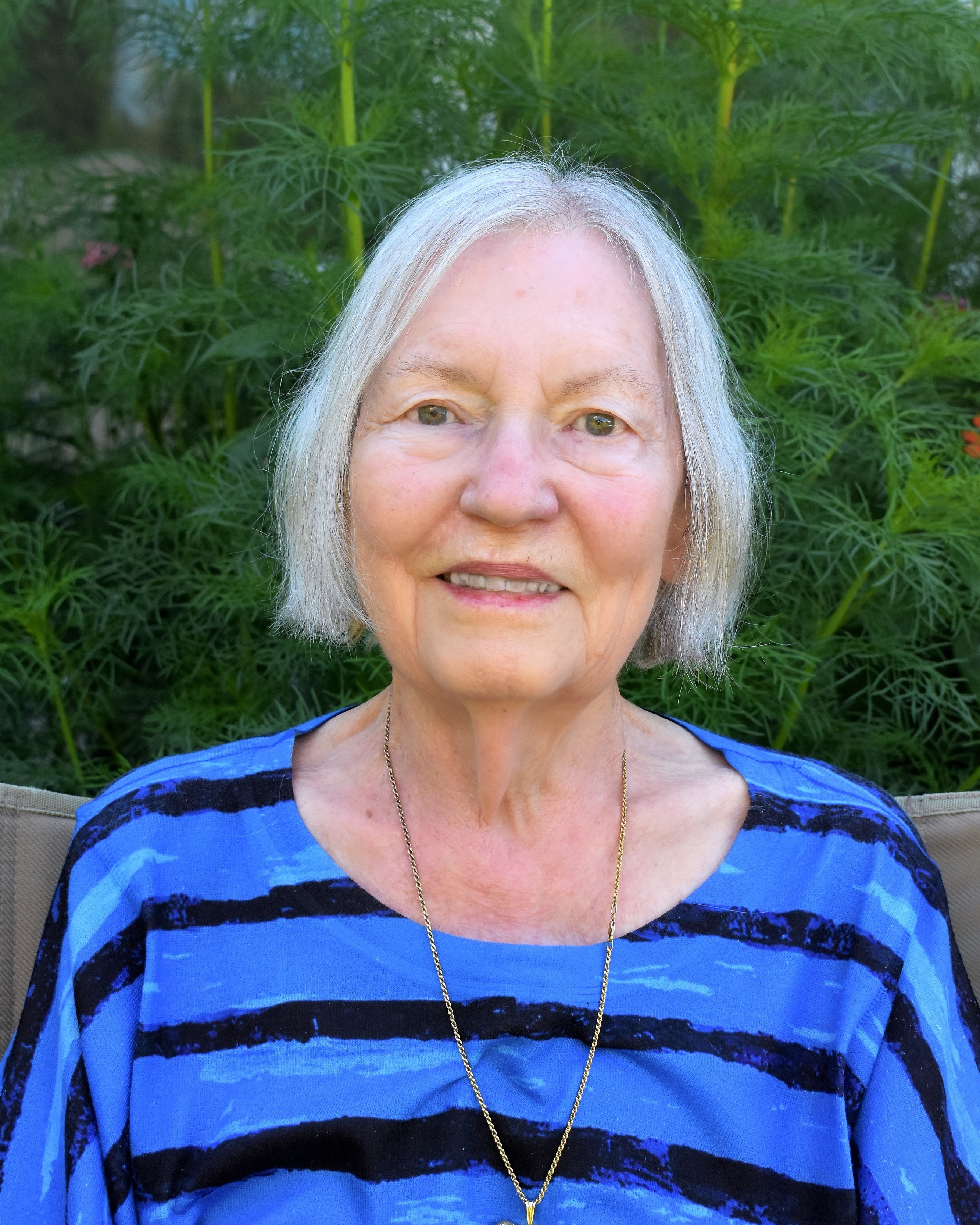 Karin Lee (Larson) Bock was born to Virginia and Carl Larson on August 23, 1932, in Akron, OH. After graduating from Buchtel High in 1950, Karin attended the University of Akron on a full scholarship. She was a member of the Phi Mu Sorority and was notably busy with playing basketball to participating in beauty contests.  She was a member of YWCA, Women’s League, Women’s Athletic Association, Psychology Club and served as the vice president of Alpha Lambda Delta, freshman women’s honorary and was President of the literary group, the Johnson Club, at the University of Akron.

Karin met the love of her life, Fred Bock, while still in high school. They continued their courtship during their time at college and married in 1954. Fred went on active duty in the Air Force for five years, and Karin found opportunities for substitute teaching. During this time, they welcomed children, Lisa and Fred III. After active duty, both Karin and Fred attended graduate school at Ohio State University, where Karin managed a large off-campus boarding house for women and added one more child, Carl, to their family. She also became a graduate assistant at the English Department before the family moved to Mankato.

Karin taught at Mankato State University in the English and Speech Departments during a surge in student population before her ground-breaking gig at the Beutz family-owned car and truck dealership. A woman selling cars and trucks was so rare at that time that the Associated Press wrote a national article which mentioned Karin Bock as one of only five women in the United States doing so, whose family didn’t own the dealership. She appreciated the opportunity, not to mention the perk of driving a brand new 1970 something Dodge Charger.

The University of Minnesota, Waseca was Karin’s next landing spot where she enjoyed a successful career utilizing all her many talents and skills, writing grants and fund raising. Karin not only wrote, but also managed a prestigious $100,000 National Science Foundation grant for the College. She was able to retire when the school closed.

People who know Karin, know she loved animals, and she and Fred made the decision to get a Newfoundland puppy, Beauregard. This was an adventure of a lifetime starting with showing and earning a championship for their first Newfie. They started breeding Newfoundlands, and Karin became a skilled groomer and presenter of the majestic breed. She became an active member of the Key City Kennel Club, North Star Newfoundland Club and a contributing member of the Breeder’s Education Committee of the Newfoundland Club of America. Karin was named a Breeder of Merit by the AKC in recognition of the health and confirmation of the dogs she bred. Being an active breeder and exhibitor for nearly 30 years, Karin won a group placement when she was 80 years old.

When an opportunity for a circulation volunteer at the Blue Earth County Library was presented, Karin was more than happy to rise to the challenge in her later years. Her love of books and reading never faltered, and many of her family members became the appreciative recipients of gently used books from the bargain store at the library.

Karin and Fred enjoyed traveling the world and organized and escorted numerous theater trips to New York City, London, and Paris, open to students and community members. They also travelled to Europe, Greece, South and Central America, and once in a life-time trips to Antarctica and the Galapagos Islands.

Whatever jobs or hobbies or life challenges that came her way, Karin always followed through with grace and poise. The family will miss her strong physical presence, but know she is always in our hearts.

To order memorial trees or send flowers to the family in memory of Karin Lee Bock, please visit our flower store.