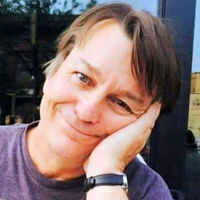 We honor and celebrate the inspirational life of Dr. Karl A. Matz, 64, of North Mankato, MN.  Following a three year battle with ALS and a five year battle with prostate cancer, he passed peacefully in his home on the afternoon of October 31, 2020, surrounded by loved ones.

Northview-North Mankato Mortuary is assisting the family with arrangements. Visitation will be held on-site at 2060 Commerce Drive, North Mankato, on Friday, November 6th from 5-7pm, with the celebration of Karl’s life taking place on Saturday, November 7th at 11am at Northview. An upcoming memorial service in Aberdeen, SD, will be held in the near future.

Karl was born on February 16, 1956 at St. Luke’s Hospital in Aberdeen, the fifth of six children born to Bernard B. Matz and Marguerite “Rita” Matz (Dunhom). He attended Howard Hedger Elementary and Simmons Junior High before graduating from Roncalli High School in 1974. He then enlisted in the United States Army, completing two years of active duty and four years in the Army Reserves.

He was married in 1976, and his daughter, Laura, was born in 1977. In 1978, he enrolled at Northern State University in Aberdeen, where he met Kathy Chalhoub (Ziegler). They were married in 1981, and both graduated with Bachelor of Science degrees in Elementary Education in 1982.  That same year, they welcomed their first child, Sarah, and both began teaching elementary school.  Karl taught 5th grade, first at Northwestern Elementary School in Mellette, SD, then at Roncalli Middle School in Aberdeen.

Karl’s passion for teaching eventually led him to earn a Doctorate in Education from the University of North Dakota in Grand Forks, ND, which he completed in 1991. That same year, Karl was hired as a Professor of Elementary Education at Minnesota State University - Mankato, where he was ultimately tenured and served as a faculty member in the College of Education for 29 years. In 1992, he and Kathy celebrated the birth of their youngest child, Seth.

In 2006, Karl became reacquainted with his childhood friend, Sandy Gruenstein, who had moved to Mankato from Aberdeen to earn her Bachelor of Science degree in Anthropology from MSU. They were married on June 2, 2007, at St. Mark’s Episcopal Church in Aberdeen. Later, Karl continued his post-doctoral studies with a certification in Social Studies, Geography and History from Colorado State University in Fort Collins, CO, which he completed remotely in 2012.

Anyone who crossed Karl’s path knew how deeply he was committed to his values and convictions. He was never shy to share his opinion with anyone willing to listen. As a student of the world, he invested copious time and research into any subject that piqued his interest. Whether he was building his own telescope to map the night sky, learning to play a favorite song on one of his many guitars, building his own 10-speed bicycle from the spare parts of others, getting into character for a theater production, spinning tracks as DJ Charlie Parker on KSDN Radio, proudly grilling the Thanksgiving turkey over charcoal, or teaching the world’s children about the magic of a good story, Karl approached every moment and opportunity in his life with tenacity, creativity, and devotion.

The family wishes to extend their gratitude to Dr. J. Sorenson, M.D., Dr. Nathan P. Staff, M.D. and all of the doctors, nurses, and healthcare staff at the Mayo Clinic, Department of Neurology, Rochester, MN; the social workers and nurses of Mayo Clinic Hospice, and Sydney, Karl’s Home Health Aide from Adara Home Health.

Memorial donations may be given in Karl’s honor to the ALS Association’s Minnesota Chapter.

To order memorial trees or send flowers to the family in memory of Karl Anthony Matz, please visit our flower store.