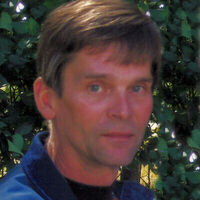 Kenneth Darrel Cummings, 65, of Mankato, passed away in his home on Thursday, July 1, 2021 from liver disease.

Visitation will be from 4:00 - 7:00 p.m., Friday, July 9, 2021 at Northview-North Mankato Mortuary, 2060 Commerce Dr. in North Mankato. Funeral Mass will be held at 1:00 p.m., Saturday, July 10, 2021 at SS Peter and Paul Catholic Church in Mankato with a visitation one hour prior to service. Following Mass, a Celebration of Life will continue at Buster’s Sports Bar & Grill in Mankato.

Ken was born on February 15, 1956 to Casper and Margaret (Evan) Cummings. He grew up in Wells, Minnesota and was the eighth of nine children. Ken told many stories about growing up with his siblings and all the mischief they and his friends created. In 1973 he married Irene Soost. They moved to nearby Minnesota Lake and had three children. They later divorced.  On July 2, 1994, he was united in marriage to Caryle Ann Baker. Ken and Caryle lived for many years on a farm just off of Highway 22 in Good Thunder. Ken looked forward to drop in visits from friends and family passing by on the highway and always had a cold beverage available.

Ken was a mechanic and service technician all his life.  Cars, trucks, RVs - he could fix them all. After work he could be found in his home garage working on his own projects or helping a friend or neighbor with theirs. In 2012, Ken and Caryle moved to Mankato. Ken said the hardest part of the home search was finding something with a big enough garage.

Ken loved family campouts and will be remembered for the many he hosted at his farm. He also enjoyed cruising in his convertible, spending time around a campfire and catching up with his friends during lunch at Busters.

To order memorial trees or send flowers to the family in memory of Kenneth Cummings, please visit our flower store.