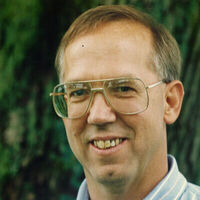 Kenneth (Ken) A. Luttner, age 71, of North Mankato, Minnesota, passed away on Friday, February 18, 2022 after a lengthy illness.

Private services will be held for the family. Mankato Mortuary is assisting the family with arrangements.

Ken was born in April, 1950 in Cleveland, Ohio to the late John and Louise Luttner.

Ken was a 1968 graduate of Highland High School in Medina County, Ohio. Ken excelled in the sports of football, basketball and baseball while in high school.

Both Woody Hayes and Bo Schembechler visited Ken at the farm to recruit him to play football for their respective universities.

Ken earned a football scholarship to The Ohio State University, where he was awarded the Outstanding Freshman Back trophy. After switching to defense, he was a starting defensive end for the 1970 National Championship team. Ken was inducted into the Medina County Sports Hall of Fame for football, basketball and baseball in 1993.

After graduating from Ohio State, Ken worked for the USDA Soil Conservation Service in Utah and Minnesota for over 35 years.

Ken was preceded in death by his older brother, Ron (in 1977) and his parents, John and Louise Luttner.

Ken is survived by his sister, Pam Leong of Sidney, Ohio and his brother, Gary (Diane) of Medina, Ohio.

Donations can be made to the Sharon Community Trusts, PO Box 91, Sharon Center, OH 44274.

To order memorial trees or send flowers to the family in memory of Kenneth A. Luttner, please visit our flower store.