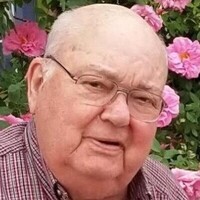 Kenneth Lee Schmitt, 87, of Mankato, Minn., died peacefully the morning of Sunday, Sept. 27, 2020, in Mankato. After his daughters, who spent the night by his side, stepped out for a bite to eat, he slipped away in the presence of caregivers. He always liked an audience.

Because of health concerns, services will be private, and include a visitation at Mankato Mortuary, memorial service at Salem Lutheran Church in Eagle Lake, Minn., and interment with military honors at Pilgrim’s Rest Cemetery in Mankato.

Ken was born July 20, 1933, to Jacob and Hazel Schmitt in Long Lake, S.D. He often quoted the African proverb, “It takes a village to raise a child,” to describe his childhood. Older boys led him astray for sport. But loving neighbors and relatives set him on a better path.

Recognizing his potential, his uncle Gottlieb “Schmitty” Schmitt and wife, Josephine, encouraged Ken to get an education. His hometown had no high school, so Ken lived with them and graduated from Central High School in Aberdeen, S.D., in 1951. He served in the U.S. Navy from 1952-56 during the Korean conflict, touring the world on the U.S.S. Columbus.

Ken then attended Northern State College in Aberdeen, and met his future brother-in-law, Darwin Diede, who introduced him to his sister, Edna. Ken and Edna bonded over their shared faith and love of dancing, marrying in Long Lake in December 1959. Ken graduated from Northern in 1960, embarking on a career as an industrial arts teacher that spanned two states and four decades. With Edna’s help, he earned a master’s degree from Bemidji State University in 1979.

He was an educator even in retirement, serving as a substitute teacher and passing on numerous life skills to his beloved grandchildren. His stint as Salem’s Sunday school superintendent ‑ the church he and his family joined in 1971 – was but one of many roles he played there.

Ken had too many hobbies to count: Reading, corresponding, woodworking, home repair, genealogy, dancing and listening to old-time music are a few. He toyed with wine-making and, in his later years, took up pickling watermelon and making kimchi. He and Edna traveled with their children across the United States as a family and later to places like Hawaii, Europe and the Middle East. He will be remembered for his faith, kindness, self-deprecating humor, generosity, affinity for adhesives and inventive frugality.

Ken is survived by his wife of 60 years, Edna, of Mankato; son, Russell Schmitt, and wife, Jennifer, of Mankato, and their children, Isaac, Samantha and Alexander; daughter, Allison Schmitt, of Le Center; daughter, Kristen Seeley, and husband, James, of Rosemount, and their children, Aben, Maya and Levi; and daughter, Amy Pfau, and husband, Jerry, of Northfield, and their daughter, Lenyn. Also surviving are numerous in-laws, nieces and nephews. An only child, Ken was as close to Edna’s siblings and their spouses as if they were his own. He was preceded in death by his parents and three much-loved brothers-in-law.

To order memorial trees or send flowers to the family in memory of Kenneth L. Schmitt, please visit our flower store.