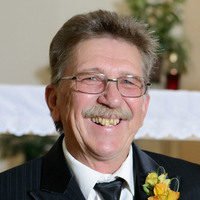 A visitation will be held from 5-7pm, Wednesday, January 19, 2022 at Northview ~ North Mankato Mortuary. A prayer service will begin at 7pm. Masks will be required. A Celebration of Life will also be held at 4pm, Saturday, January 29, 2022 at the American Legion in Eagle Lake.

Memorials are preferred to the American Legion in Eagle Lake.

Kevin was born July 23, 1950 in Mankato to Louis and Margarita (Westra) Frederick. He graduated from Loyola High School in 1968. Kevin married LeeAnn Soppe in August 1976 at All Saints Catholic Church in Madison Lake. They were blessed with two children, Lucas and Teila, and were later divorced.

Kevin worked many years in commercial construction until retiring in 2005. Most recently, he was employed with Bor-Son Construction in Minneapolis and Rochester. He was also a member of the Carpenters and Joiners Union. In his free time, Kevin loved spending time outdoors, hunting, and fishing. He also enjoyed socializing and spending time with family and friends.

He was preceded in death by his parents; brothers, George Frederick and Jack (Judy) Frederick; sister-in-law, Laurie Frederick; and brother-in-law, Jerry Domas.

To order memorial trees or send flowers to the family in memory of Kevin Paul Frederick, please visit our flower store.