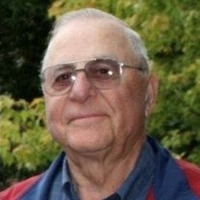 It was a Great life! Larry Ralph Van Deusen, 89, of Mankato died May 20, 2020 at Oak Terrace Assisted Living in North Mankato.

A private family burial will take place at Ft. Snelling National Cemetery in Minneapolis at a later date. Mankato Mortuary is assisting the family.

Larry was born August 8, 1930 to Ralph and Mabel (Craft) Van Deusen in Plummer, Minnesota. Larry’s father was a depot agent, and Larry spent his younger years living along the Soo Line Railroad trackage. The day after graduating from Alexandria High School, Larry joined the Navy. After two years, he was accepted into entry in the Naval Aviation Cadet program. He then became a Marine fighter pilot, serving in the Korean War and Vietnam conflict. He retired from the Marines as a Lt. Colonel after 22 years of service. After retirement, he entered the banking field and was involved in banks in Minnesota and Wisconsin.

Larry married Laurett Enderle on May 16, 1953. They had two great sons, Bob born in North Carolina and Jim, born in California.

Both he and Laurett loved to travel and have visited every state and every continent, including Antarctica.

The family of Larry would like to give special thanks to everyone at Oak Terrace for such great care and support. We love you all!

To order memorial trees or send flowers to the family in memory of Larry Van Deusen, please visit our flower store.