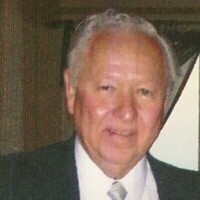 A family memorial will be held at Northview-North Mankato Mortuary with burial following at Woodland Hills Memorial Park. A community celebration of Lloyd's life will be held later. If you wish to leave a condolence for the family or sign the guestbook, please visit www.mankatomortuary.com. The service will be recorded and available after the service at the bottom of this obituary.

Lloyd was born March 4, 1930 on the family farm outside Siam, Iowa to Andrew and Thelma (Thompson) Miller. At the age of 14, he moved on his own to Clarinda, Iowa and completed his high school education. Upon graduation, he enlisted in the United States Navy and served on the USS Pickaway from 1948-1950.

He returned home to marry his high school sweetheart and love of his life, Lila Beasley. They were devoted to each other up until her passing in 2004. Lloyd attended Iowa University, Iowa City as well as community college in Clarinda, Iowa.

Lloyd and his family moved to Owatonna for a few years prior to their move to Mankato, making it their home for over 60 years.  Lloyd quickly became involved in the community. He was a long-time member of the Mankato Rotary club where he served as President, was active in their foreign exchange student program, and the STRIVE program impacting character building of youth. He was also very involved in the Mankato Chamber of Commerce and continued through retirement with the Ambassador program welcoming new businesses to the community.

Lloyd, accompanied by his wife Lila, represented Mankato in the St. Paul Winter Carnival as “Frosty” parading in a horse drawn carriage. He was an active member of Centenary United Methodist Church. Prior to moving into assisted living, Lloyd could be found daily at the YMCA, where he developed a wonderful family of friends. a

Lloyd’s work career began at an early age where he worked his way through high school at various jobs, including working at a butcher shop and cafeteria. As an adult, he became sought after in the men’s clothing business which brought him to Mankato opening St. Clair’s Men’s Clothing. He was then recruited by KEYC-TV where he enjoyed working nearly 30 years until retiring as sales manager at age 62.  Lloyd then joined his son in the real estate business, Action Realty, where he continued working until age 78. Lloyd, and his wife, founded Save-Mor Antiques and Jewelry in 1969.

Lloyd loved telling stories of the many wonderful and interesting people impacting his life. A great thrill he loved reminiscing about, was his opportunity to fly with the Blue Angels. Lloyd was a model of honesty and character to his family and all those he came in contact with.

Special thanks to the wonderful staff at Oak Terrace and Mayo Hospice.

To order memorial trees or send flowers to the family in memory of Lloyd D Miller, please visit our flower store.