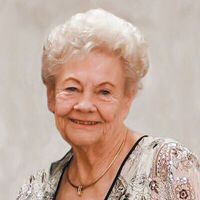 Lois Jane Reynolds, 84, of Mankato, died on Tuesday, April 13, 2021 as she had hoped in her home under the care of her children.

Funeral service will be at 11 a.m. on Tuesday, April 20, 2021 at Our Savior’s Lutheran Church in Mankato. Interment will be at Pilgrims Rest Cemetery in Mankato.

Visitation will be 4 to 7 p.m. on Monday, April 19, 2021 at the Northview – North Mankato Mortuary, 2060 Commerce Drive, North Mankato and will continue for one hour prior to the service at the church on Tuesday.

Lois was the youngest of 5 children born to Chris and Rose (Jordan) Anderson on July 21, 1936. She lived a life full of family, friends and travel. Lois grew up in Mankato and graduated from Mankato High School in 1955. She married Thomas Reynolds on July 28, 1956 and together they raised five children. Lois enjoyed being a stay at home mom. Her and Tom were able to do a lot of traveling and enjoyed their winters in Palm Desert, California. They especially enjoyed all the visits from their kids and grandchildren. Lois also loved spending Christmas at her home with her family. Lois bowled on a bowling league, enjoyed golfing, playing Mah Jongg and later being on a putting league in Palm Desert. Lois was an avid reader, did jigsaw puzzles and enjoyed dining out. Lois was a member of the Elks Club, Mankato Golf Club and Ironwood Country Club in Palm Desert.

Mom will be missed. A special thank you to Callie from hospice.

In lieu of flowers, memorial gifts are preferred to the American Cancer Society or donor’s choice.

To order memorial trees or send flowers to the family in memory of Lois Jane Reynolds, please visit our flower store.