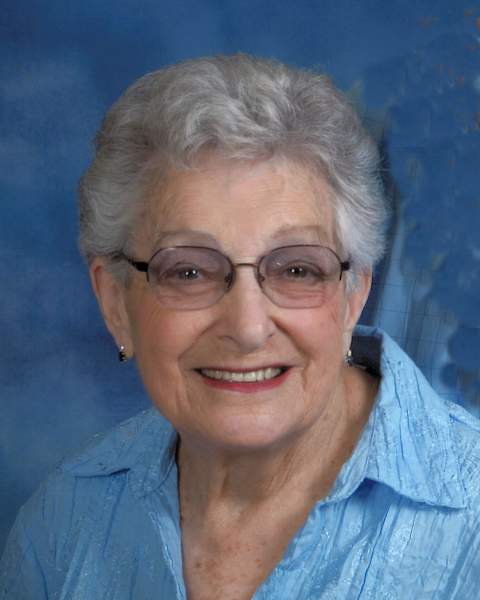 Lucile “Lucy” (Zempel) Lutz was born January 24th, 1929 to Carrie (Dusell) and Gerhardt Zempel. She grew up on a farm near Madelia, MN.

Lucy was married to Arden John Lee August 3rd, 1946 and farmed in the Madelia area where they had three children, Judy, Bruce and Rodney.

After they were divorced, Lucy moved to the Fairmont area where she married Wayne Lutz on June 1, 1963. They had one daughter Michele. They settled in the Granada area where they farmed grain, raised livestock, horses, and ran the “Wayside Greenhouse”. Lucy had a green thumb and enjoyed having a big garden. Lucy enjoyed the farm life, especially in the fall during harvest and plowing the fields. Lucy wasn’t afraid of doing the hard work to meet her goals and instilled this characteristic into her children.

Her hobbies included bowling, attending parades and fairs helping the kids prepare and compete in local and state 4-H events. She also took great pride in sewing and was an excellent seamstress.

After farming they bought a restaurant and bar called the Windmill and moved to Mapleton MN to run the business and retiring in 1995.

After retirement  Lucy did volunteer work, crafting, dancing, baking, bingo and trips to the casino.

After Wayne passed away in 2003 Lucy joined the solo and singles group where she met her special gentleman Carroll Sones and moved to Owatonna on his farm where they spent the summers and wintered in Mesa, Arizona. She loved to tell stories from the past and would throw in witty one liners.

Celebration of Life will be held 11:00 a.m., Friday, November 18, 2022 at Northview – North Mankato Mortuary. Visitation will be held one hour before the service on Friday. Lunch will follow the service at the Mankato Eagles Club 708 North Riverfront Drive.

To order memorial trees or send flowers to the family in memory of Lucile "Lucy" A. Lutz, please visit our flower store.