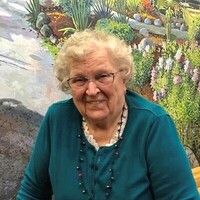 Lyla grew up in Walnut Grove and after graduating High School she moved to Mankato to attend beauty school. She met and married Wendell Henry. Together they had five children.  During her time in Mankato, she owned and operated a beauty shop, was the bookkeeper for Henry and Goettl Const.  In the early seventies they moved to Brainerd, where Lyla worked in the hospitality industry. Lyla and Wendell relocated to Red Wing where she worked at Hanisch Bakery and Coffee Shop.  Several years after becoming a widow Lyla returned to Mankato. She was an amazing cook and an incredibly hard-working woman! She enjoyed cooking, baking, camping, fishing and collecting frogs. But most of all she enjoyed spending lots of quality time with family, especially her grandchildren and great-grandchildren.

No flowers please. Please just share a kind thought or a special memory.

A private family burial and a Celebration of Life will be held in the summer of 2022.

To order memorial trees or send flowers to the family in memory of Lyla Henry, please visit our flower store.