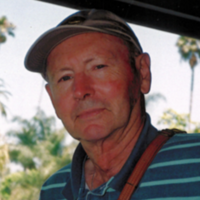 Lynn Ellis Pierce, 92, of Mankato, died July 30, 2021, at The Pillars of Mankato Senior Living with his wife, children, children’s spouses, and grandchildren at his bedside.

A memorial service will be held at 11:00 a.m., Saturday, August 21, 2021, at Northview-North Mankato Mortuary, 2060 Commerce Dr., North Mankato, with visitation one hour prior to the service. Burial with military honors will be at Beauford Oak Hill Cemetery. The family prefers memorials be given to the Blue Earth County Library, the Spirit Lake Protective Association, or the Alzheimer’s Association. Please share a memory of Lynn with his family at www.mankatomortuary.com.

Lynn was born July 12, 1929, to Clayton and Luverne (Thoma) Pierce in Mankato, Minnesota, and grew up on a farm in rural Good Thunder, Minnesota. He graduated from Good Thunder High School in 1947 as a local basketball star with more interest in books and learning than in farming. Following a year playing basketball at Augsburg College in Minneapolis and then a year of taking classes at Mankato State Teacher’s College while helping his mother and ailing father move off the farm into town, he entered the military and became an Army paratrooper and baseball player at Fort Campbell, Kentucky. Lynn was honorably discharged and upon returning to Minnesota, earned his bachelor’s degree and played on the baseball team at MSTC. While serving as Chairman of the 1954 MSTC Homecoming parade, Lynn met Mary Elyn Peters, who was Miss Mankato and riding on a parade float. They were married in 1956 in Lakefield, Minnesota, and moved to Norwalk, California, where Lynn began his teaching career. After a year in California, Lynn and Mary Elyn moved back to Mankato where Lynn taught history and coached football at nearby Nicollet High School. He soon began working on his master’s degree in history at what had just been renamed Mankato State College, earning his degree in 1959 and writing a thesis about the 1st Minnesota Regiment at the Battle of Gettysburg. After finishing his master’s degree, Lynn accepted a position teaching American history in the Mankato school district, beginning what would become a 35-year career at Lincoln Junior High School and later at Mankato West High School, culminating with his retirement in 1994. Lynn and his family have heard many fond memories and compliments from his former students over the years, and two of his noteworthy achievements were increasing awareness of Martin Luther King and the Civil Rights movement in the 1960s history curriculum, and later pioneering the use of simulation games at MWHS.

Lynn enjoyed reading, crossword puzzles, gardening, watching foreign films and British comedies with Mary Elyn, watching and listening to the Twins, Vikings, and Gophers, and volunteering at the Blue Earth County Library. He loved to travel, but instead of sandy beaches or bright city skylines preferred destinations with Civil War battlefields, where he recounted the campaigns to his family and gathered new teaching materials for his classes. Lynn and Mary Elyn’s favorite travel destination was Santa Fe, New Mexico, where they enjoyed the natural beauty, culture, food, art, and sunny weather. He had a special love for fishing, which factored into Lynn and Mary Elyn purchasing a lake cottage on Spirit Lake, Iowa, after Mary Elyn retired. He was known as “Papa” by his five grandchildren, who fondly remember him playing card and board games after holiday dinners, treating them to boat rides and fishing off the dock, making his signature homemade ice cream on the 4th of July, and napping with Twins games on the radio. His family will treasure the memory of his kindness, patience, and gentle strength that served as the backbone of the family.

Lynn was preceded in death by his parents and brother-in-law, Dewyane Ireland.

To order memorial trees or send flowers to the family in memory of Lynn Ellis Pierce, please visit our flower store.