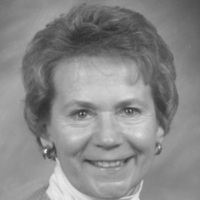 Malda Farnham, avid gardener, enthusiastic community volunteer, beloved mother and cherished wife passed away peacefully on September 16, 2021 at the age of 82. Memorial service will be at 11:00am on Saturday, September 25, 2021 at Northview-North Mankato Mortuary, 2060 Commerce Drive, with visitation one hour prior at Northview as well.

Malda was born on July 15, 1939 in Krustpils, Latvia, to Petris and Elza Spolans. Following the Russian invasion of Latvia in 1944, the Spolans family became refugees in Germany and eventually found their way to Nunda, South Dakota after being sponsored by Lutheran Social Services. Malda, her older sister Aina, and younger brother John, all graduated from Rutland High School and went on the graduate from South Dakota State University. With a degree in History, Malda traveled in Europe the year after her graduation and visited her college boyfriend, Joe Farnham, in Germany where he was serving in the military. Instead of returning home from her vacation, she and Joe decided to marry on the Army base in Amberg on September 23, 1961. While Joe completed his ROTC obligation, Malda busied herself helping servicemen without high school diplomas pass their GED certification.

In 1962, Joe and Malda returned to civilian life in South Dakota, first in Rapid City and Aberdeen and then settling down in Brookings. Soon after returning to the US, they welcomed their daughter Kristine in 1962 and then Anne in 1967.  Upon their arrival back in Brookings in 1965, they both worked at the University and were very involved in the community. Malda held leadership roles in the Brookings Area Betterment Association, League of Women Voters, Brookings United Fund, Brookings Chamber of Commerce and was recognized as an Outstanding Young Woman of America in 1972. As her daughters grew up, they lovingly described her as “Malda Farnham. Concerned Citizen” in recognition of her extensive involvement in her community.

In 1979, the Farnhams moved to Mankato, Minnesota when Joe took a position at Mankato State University. Given her deep involvement in the Brookings community, this was initially a difficult move for Malda. But she soon started volunteering in various organizations and before long she was very active in leadership roles at Centenary United Methodist Church’s Administrative Board, Mankato United Way, Midwest Higher Education Commission and the Mankato Symphony Board. She also earned her MBA at Mankato State University and, along with teaching Management in the business department, she served as Assistant Dean to the College of Business. Malda was recognized as a Mankato Woman of Distinction and later in life a city park was named for her on the corner of Broad and Warren Streets.

In her spare time, Malda could be seen spending countless hours in her garden, tending to her beautiful rose bushes and creating larger and larger flower beds in their yard on Broad Street and then expanding to a vacant lot across the street. She loved taking her beloved dogs for long river walks and spending time with her cherished grandchildren: Andrew, Alexander (Haley), Olivia, Elsa, Benjamin and Avery. Recent years were challenging as Malda and her family navigated through her Alzheimer’s disease. Today, they choose to remember her as a tirelessly creative gardener/needlepointer/knitter, joyful grandmother, and forever a ‘concerned citizen’ of the world.

Malda is survived by her loving husband Joe; daughters, Kristine (Rich) Eustice and Anne (Chace) Brundige and their families. She is preceded in death by her parents; both her siblings and her eldest grandson, Andrew. In lieu of flowers, memorial contributions may be made to the Alzheimer’s Foundation or Benches of Mankato.

To order memorial trees or send flowers to the family in memory of Malda Farnham, please visit our flower store.