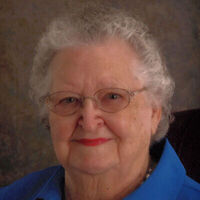 Funeral service will be held 11:00 a.m. Wednesday April 28, 2021 at Mankato Mortuary with visitation one hour before the service. Burial in Union Cemetery in Mapleton.

Marcella was born February 20, 1923 to George and Martha (Burger) Shaul in Springfield, Minnesota. Spent most of her childhood in Cottonwood County and graduated from Windom High School in 1941. She was united in marriage to Oscar Kramer at Dixon, IL in January 1942. He died in 1949. She married Raymond Deutchman in 1950, he died in 1961. In 1971 she married Melvin Cesar at Little Brown Church in Iowa. He died in February 2002. She was a waitress for several years the worked for ADC and Oman of St. Peter before retiring in 1985. Marcella moved to Mapleton in 1989. She enjoyed crocheting, quilting, country music and painting.

Preceded in death by her parents, three husbands, two granddaughters, brother and sister-in-law.

To order memorial trees or send flowers to the family in memory of Marcella Mae Cesar, please visit our flower store.