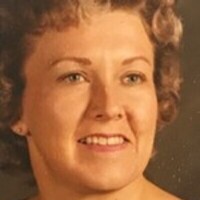 Marcella Irene Wright passed away at the age of 91 on February 22, 2022, at Oaklawn Rehabilitation Center in Mankato, MN, where she had been a resident since October of 2015.

Marcella was born on October 13, 1930, in Brainerd, MN to Agnes and Robert Fuchs of Dagget Brook Township south of Brainerd. She attended primary school at a one-room schoolhouse located just south of her family’s farm and graduated from Brainerd High School in 1948. After working at the calendar company, Brown & Bigelow in St. Paul, she met and married Herbert Wright of Aitkin, MN on November 28, 1953, where they lived until Herbert’s death in 1963. Marcella moved with her two sons to Redwood Falls, MN in the fall of 1968, where she lived until moving to Mankato in 1979.

Marcella had a lifelong interest in arts and crafts and was a gifted crafter in her later years.

She is survived by her sister and brother-in-law, Barbara and Richard Irli of South San Francisco, CA; her two sons, Kent of St. Cloud, MN and Brian of Charlottesville, VA; her four granddaughters, Nicole, Brittany, Karissa, and Emily; and several great-grandchildren.

Memorials in lieu of flowers may be sent to Mankato Mortuary, 1001 N. Riverfront Drive, Mankato, MN 56001.

To order memorial trees or send flowers to the family in memory of Marcella Irene Wright, please visit our flower store.