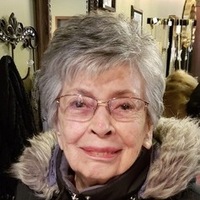 Mass of Christian Burial 2:00 p.m., Friday, February 11, 2022, at SS. Peter and Paul Catholic Church, Mankato. Visitation will be one hour before service at the church on Friday. Interment in St. John’s Catholic Cemetery, Johnsburg, MN. Mankato Mortuary is in charge of arrangements. Memorials may be given to the donor’s choice.

Maria was born January 4, 1929, to Pedro and Guadalupe (Garcia) Silva in Brownsville, TX. She was united in marriage to Anthony T. Smith on April 11, 1964, in Brownsville, TX. Maria was a homemaker for her family. She enjoyed canning, gardening, baking, dollmaking, quilting, making ornaments, getting together with her friends, and making tamales with her daughters and son.

Maria was preceded in death by her parents; husband on July 3, 1994; sister, Natalia Flores; infant brother; and grandson, Philip Pekarske.

To order memorial trees or send flowers to the family in memory of Maria Smith, please visit our flower store.