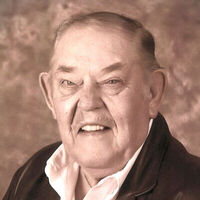 Celebration of Life gathering will be held from 1 – 4 p.m., Saturday March 26 with a Time of Remembrance at 2;00 p.m. at Northview-North Mankato Mortuary. Burial will be in Calvary Cemetery at a later date.

Pete was born January 31, 1937 in a farm house near Sewal, IA.  He attended schools near Sewal and graduated from Corydon High School in 1954. Pete was an avid basketball player receiving the Athletic Award upon graduation. He also served as president of the Wayne County 4-H club. He attended Drake University and went to work for Esther Pester in 1958. He worked for Pester Oil Company for 20 years as a manager, supervisor and District Sales Manager. Pete was married to Nadine Sherod in 1957. To this union were born Kevin, Kelly and Kerry. They later divorced. In 1979 Pete was married to Elaine (LaGow) Miller. A lifelong dream was to own an ice cream store. In 1987 Pete and Elaine bought and operated Pete and Lanie’s Dairy Queen on SW 9th Street in Des Moines, IA, where they received many sales awards. They sold the Dairy Queen in 1997 and moved to Minnesota in 2000. Pete served 8 years in the United States Naval Reserves.

The family would like to especially thank Jennifer and Denny Savick and Leah Christensen for the assistance during Pete’s convalescence.

To order memorial trees or send flowers to the family in memory of Marion "Pete" Eugene Brown, please visit our flower store.