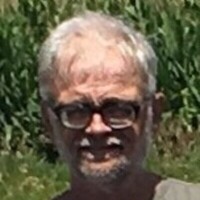 Private family burial will take place at Elm Creek Cemetery, rural Trimont.  Condolences for the family can be left at www.mankatomortuary.com.

Mark John Buckentin was born September 16, 1954 in Glencoe, MN to Fred and Lucille (Bast) Buckentin. Mark resided near Hamburg, MN. until 1960 when his family moved to the Trimont, MN area. He graduated from Trimont High School in 1973. Mark attended college at Mankato State University, earning a degree in accounting. Mark worked various places in the Mankato area until his retirement.

Mark was a simple person who never required a lot or asked for much. He was a down to earth guy and enjoyed countless hours spent at “The Club House” with his friends. He had a love for chess and sports, including pro football and baseball. He was a friend to many people, especially at his local Hy-Vee Deli, where most days started for him.

Mark is survived by brother, Paul (Dianne Vukelich) Buckentin of Duluth; sisters, Jane (Reggie) Folkers of Worthington and Sara (Dan Cowan) Petersen of Worthington; several nieces and nephews; along with three great-nieces and one great-nephew.  Mark was preceded in death by his parents, Fred (2009) and Lucille (2020).

Blessed be the memory of Mark Buckentin.

To order memorial trees or send flowers to the family in memory of Mark John Buckentin, please visit our flower store.