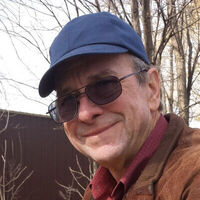 Marlin Raymond Portner, 73, of Mankato, MN passed away on Sunday, May 22, 2022, at home, surrounded by his loving family after a 10+ year battle with cancer.

Mass of Christian Burial 1:00 p.m., Thursday, May 26, 2022, SS. Peter and Paul Catholic Church, Mankato. Visitation will be from 4-7 p.m., Wednesday at Mankato Mortuary, with a 6:30 p.m., prayer service. Visitation will continue one hour before service at the church on Thursday. Interment will be Calvary Cemetery, Mankato.

Marlin was born on October 3, 1948, in New Ulm, MN to Leonard and Alice (Stueber) Portner. He married Carol Rothmeyer on June 23, 1973, at St. Mary’s Catholic Church in New Ulm. They remained married until her death on December 1, 1988. He married Carol (Dauk) Schabert on November 25, 2006, at SS. Peter and Paul Catholic Church in Mankato. Marlin graduated from Cathedral High School in New Ulm in 1966. He then graduated from Mankato Area Vo-Tech for machinist/tool and die. After graduating he began working for 3M and worked there for 38 years, until his retirement. His only time away from 3M is when he was drafted into the United States Army, where he was stationed in Germany during the Vietnam War, working as a Military Police. Marlin was a member of SS. Peter and Paul Catholic Church, where he was involved in the Wrecking Crew and the St. Cecilia Choir.

He was an avid snowmobiler and incumbent bike rider. He served on the Brown County Fair Board for 20 years doing maintenance and running tractor pulls. Over the years, he restored over 80 tractors and he owned 60 at one time. He also enjoyed restoring and racing cars, driving tractors in parades and participating in tractor pulls. He was a member of the IH Tractor Club, Prairieland Tractor Club, American Legion, and Auto Restorer’s Club. He enjoyed his many cars, including his Mercury Comet and MG Midget. One of Marlin’s passions was dancing. He and Carol danced in two Merely Players plays and Marlin assisted with building numerous sets. Marlin and Carol loved dancing and would go as often as possible. His favorites were swing dancing, two steps, and polkas at Bandwagon.

Marlin was preceded in death by his first wife, Carol; his parents, Leonard and Alice Portner; brother-in-law, Jerry Rothmeyer; and many aunts and uncles.

Memorials may be directed to the SS. Peter and Paul Church Building Fund.

Thank you to Ecumen Hospice and to the many family and friends who have supported us through this journey.

The live stream link below is a complimentary service provided by Mankato Area Funeral Homes. Unforeseen technical, internet, facility, and/or acoustical circumstances may produce a diminished end product. Please note, if the live stream does not appear, we are attempting to record and publish the service for later viewing.

To order memorial trees or send flowers to the family in memory of Marlin R. Portner, please visit our flower store.