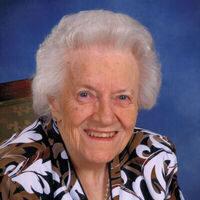 Funeral Mass will be at 10:30 a.m. on Friday, June 25, 2021 at St. Joseph the Worker Catholic Church in Mankato. Interment will be at Woodland Hills Memorial Park in Mankato.

Visitation will be held 4 to 7 p.m. on Thursday, June 24, 2021 at the Mankato Mortuary, 1001 N. Riverfront Drive, Mankato with a prayer service beginning at 6 p.m. Visitation will continue at the church for one hour prior to the service on Friday.

Maryalice, the daughter of William Bernard and Mary Ann (Smothers) Gardner, was born on June 23, 1927 in White Lake, SD. In 1946, she graduated from Garden City High School. She married Donald Edward Weingartz on October 21, 1947 in Mankato. Maryalice was a waitress at Michaels Restaurant and Wayside Café and a cook at the Kato Ballroom. She was also the Open Class Superintendent for the Blue Earth County Fairgrounds. Maryalice was a member of the Mankato Moose Lodge and the Mankato Eagles Aerie 269 Auxillary. She enjoyed bingo, bowling, playing Pfeffer, gardening, and canning. Maryalice was also an avid sports fan and enjoyed watching the Minnesota Twins and Vikings.

To order memorial trees or send flowers to the family in memory of Maryalice Weingartz, please visit our flower store.