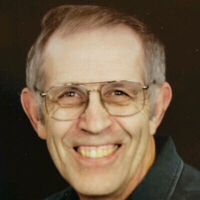 Mass of Christian Burial will be 11:30 a.m., Wednesday, October 5th, 2022, at St. Joseph the Worker Catholic Church in Mankato.  Visitation will be on Tuesday, October 4th, from 5-7 p.m., at Northview – North Mankato Mortuary and will continue one hour prior to the service at the church.  Interment will be at Calvary Cemetery, Mankato.  Michael’s service will be live streamed from his obituary at www.mankatomortuary.com

Michael was born August 9th, 1939, in Mankato, MN to Elmer and Mary (Trio) Hiniker. He enlisted in the Army National Guard in 1958 and enjoyed his years of service. On October 6, 1962, he was united in marriage to Mary McGuire in Mankato, MN. Together they worked the family farm in rural Mankato. He also worked at Hiniker Wood and Lumber until the 70’s and then at Superior Concrete and Block for over 20 years.

Mike was a hard worker and devout Christian and was a communion distributor at St Joseph the Worker for many years. Mike always put his family's needs above his own and would always go out of his way to help anyone in need. He loved working on his farm raising corn and beans and some livestock. He especially loved spending time with his family.

He was preceded in death by his parents; son, Donald Hiniker; brothers, Jim, Ray, and Paul Hiniker; and sister, Louise Kreuzer.

To order memorial trees or send flowers to the family in memory of Michael George Hiniker, please visit our flower store.