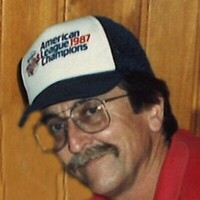 Michael was born on July 23, 1946 in Fairmont, MN to Donald and Sally (Fisher) Stewart.  Michael graduated from New Ulm High School in 1964, where he served as class president.  He then served in the United States Army.  Michael earned his master’s degree in education from Mankato State University.  He taught special education at Mankato East High School for 17 years.  Michael enjoyed fishing and watching almost any Minnesota sports team.  Michael was known for his quick wit, ability to make people laugh, and his strong love for family.

Michael is survived by three children, Jenna (Wilson) Baisa of Beaverton, OR and their son, Jordan, Linsey Stewart (Maine Garner) of Waukegan, IL and their children, Aria, Londyn, and Giovanni, and Nathan (Britney) Stewart of Mankato and their son, Jackson; brother, John Patrick (Suzanne) Stewart of Minnetonka and his children, Matthew (Kim) Naruko-Stewart and Megan (Josh) Rick and brother, Mark (Becky) Stewart of Eagle Lake and their son, Aaron.  He was preceded in death by his parents; brother, Robert; and sister-in-law, Karen Stewart.

A Memorial Service will be held Friday, June 18, 2021 at 3:00 p.m. at Messiah Lutheran Church, North Mankato. Visitation will be held one hour prior to the service at the church.  Mankato Mortuary is assisting the family with arrangements.

To order memorial trees or send flowers to the family in memory of Michael S. Stewart, please visit our flower store.