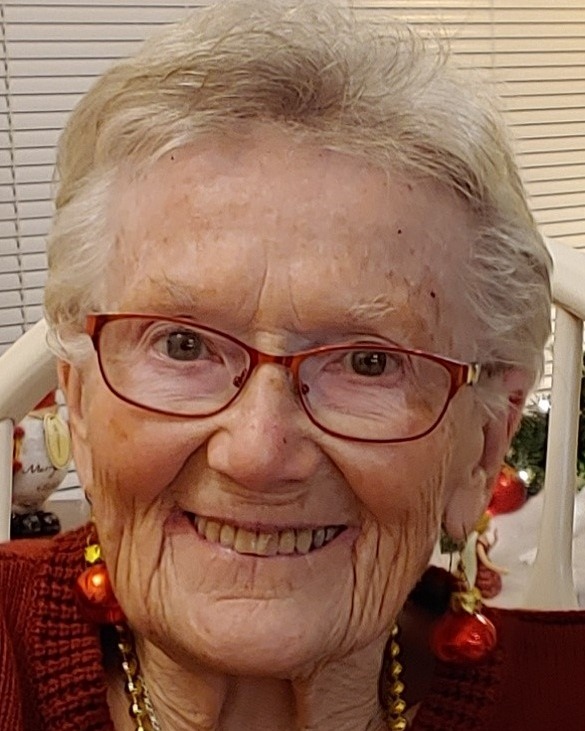 Patricia “Pat” Ann Goodrich, age 87, of North Mankato passed away on Tuesday, January 24, 2023. Funeral Mass will be held at 11:00 a.m., on Saturday, January 28, 2023, at Holy Rosary Catholic Church, North Mankato. Visitation will be held from 9:30 a.m.-11:00 a.m., prior to the service at the church as well. Burial will be in Calvary Cemetery, Mankato. Northview – North Mankato Mortuary is in charge of arrangements. In lieu of flowers, memorials preferred to Echo Food Shelf, or VINE Faith in Action.

Pat was born June 6, 1935, to Frank and Martha Skorlinski in Winona, MN. At age 7, due to family hardships, she was placed along with her brother and sister in the care of the Sister of the Sorrowful Mother in St. Joseph’s Orphanage in Wabasha, MN. At age 12, after the death of her mother she was invited to join the family of Leo and Eileen Walter in Easton, MN and their 2 young sons and a daughter who joined the family several years later. It was here that she found the skills to become a happy person and a loving daughter, mother, and friend.

After graduation from Good Counsel Academy in Mankato, she put her secretarial skills to practice at the medical records department at St. Joseph’s Hospital in Mankato. She began dating and later married the love of her life, Darwin, whose family was also from Easton. They enjoyed 57 years of marriage and were blessed with four beautiful children.

When the children were all in school, she began working again as secretary at SS Peter and Paul’s grade school. For the next 15 years she enjoyed the little ones who came into her life.

The next 12 years were spent as secretary and marketing coordinator at BCBSM. She again enjoyed all the new people that she met.

When she finally retired, she worked for 12 years at Hy-Vee which gave her another chance to meet new faces and share her infectious smile.

She loved time with family and friends, specifically 50+ years with “Supper Club” and 15 years with curling friends. She loved cooking, baking, embroidering, and decorating their home for the holidays, especially the festival of Christmas.

She was preceded in death by her husband, Darwin; infant daughter, Kathy Kaye; and all members of her biological family; adoptive family, Leo and Eileen Walter, Don Walter, and Mary Kaye Kramer.

To order memorial trees or send flowers to the family in memory of Patricia "Pat" Ann Goodrich, please visit our flower store.