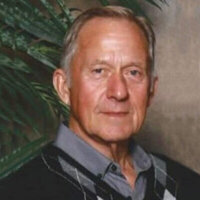 Patrick Jay Jacobs, age 79, of Prior Lake, MN passed away peacefully at his home on Friday, March 4, 2022 with his devoted wife holding his hand.

Memorial Mass will be at 11 a.m. on Tuesday, March 8, 2022 at All Saints Catholic Church in Madison Lake. Visitation will be held one hour prior to the service. Interment will be at Calvary Cemetery in Madison Lake. The service will be livestreamed and available on Pat’s obituary page at www.mankatomortuary.com.

He was born on St. Patrick’s Day, March 17, 1942 in Mankato to Ralph W. and Lydia M. (nee Schleicher) Jacobs. Pat grew up with his family in Madison Lake and was an “outdoor” boy. He loved to fish, hunt and trap. He may have got in trouble for leaving his shoes by the lake one too many times, but it didn’t stop his enjoyment of nature. He graduated from Mankato High School and served his country honorably in the United States Navy as a jet engine mechanic onboard the U.S.S. Midway and also as a Gunner/ Navigator on an A-3D during the Vietnam Era. He came home to Minnesota and met his future wife, Carol Lee Frederick. They married at Carol’s home church, All Saints Catholic Church in Madison Lake on October 10, 1964. They started a family of two children and settled in Mankato. Pat worked as a plumber with Farm and Gustafson Plumbing and Heating for many years before partnering with his longtime friend, Jim Hoehn, to form J&H Insulation and Plumbing. Eventually, he and Carol moved to Prior Lake where they were owner/operators of a McDonald’s franchise. After retirement, Pat enjoyed puttering around in the yard, remodeling the house, having coffee with buddies and hanging out with his dogs, Duke and Belle.

He was preceded in death by his parents, Ralph and Lydia; his brother and sister-in-law, Lee and Dot Jacobs; and his great-grandson, Gavin Ulivi.

To order memorial trees or send flowers to the family in memory of Patrick Jay Jacobs, please visit our flower store.