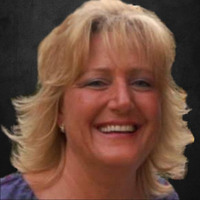 Memorial service will be held at 12:30pm, Friday, September 23, 2022 at Northview ~ North Mankato Mortuary with visitation starting at 10:30am. Please share a memory of Peggy with her family, view her video tribute, and watch her service livestreamed at www.mankatomortuary.com.

Peggy was born February 26, 1955 in Mankato to Richard and Harriet (Holzapfel) Brossard and attended grade school in Mankato. Her family moved to New Jersey and later returned to Minnesota, and she graduated from Faribault High School. She married Paul Bailey, and they were blessed with two daughters, Rebecca and Beth. Peggy was later introduced to Dennis Jorgenson and they were married on May 18, 1996. Together, Peggy and Dennis enjoyed traveling to Mexico, Jamaica, Florida, Tennessee, and Texas. Above all, Peggy treasured time spent with family at their pool.

Peggy was preceded in death by her parents; step-son, Travis Jorgenson; and brothers-in-law, Carl White, Bud Giese, and Dave Rortvedt.

The live stream link below is a complimentary service provided by Northview ~ North Mankato Mortuary. Unforeseen technical, internet, facility, and/or acoustical circumstances may produce a diminished end product. Please note, if the live stream does not appear, we are attempting to record and publish the service for later viewing.

To order memorial trees or send flowers to the family in memory of Peggy Ann Jorgenson, please visit our flower store.