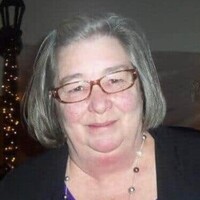 Peggy was born July 15, 1954 to Alfred and LuEtta (Riemersma) Young in Worthington, Minnesota. She graduated from Mankato High School. On April 10, 1976, she married Delbert Wilson. Together they had three children, Tina, Jean, and Keith. They later divorced. Peggy married David Rosillo on July 8, 2003. They later divorced.

Peggy worked several years for Kwik Trip convenience stores in the Mankato area. In her free time, she loved swing dancing, painting, bowling, and her grandchildren.

She was preceded in death by her parents; step-father, Jerry Theissen; brother, Bill Young; and ex-husband, Delbert Wilson.

To order memorial trees or send flowers to the family in memory of Peggy Rosillo, please visit our flower store.