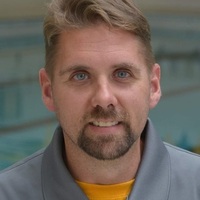 Raymie Ryan Benjamin, age 43 of Eagle Lake was found unresponsive at his home Tuesday evening, December 21, 2021. Authorities were notified and he was pronounced deceased of natural causes. Visitation will be held on Tuesday, January 4, 2022 from 4-7 p.m. at Northview – North Mankato Mortuary. Memorial service will be at 11:00 a.m. on Wednesday, January 5, 2022 at Northview – North Mankato Mortuary with visitation one hour prior as well. Burial will be in Pilgrim’s Rest Cemetery, Mankato at a later date. A livestream of the service can be found with his obituary at www.mankatomortuary.com

Raymie was born in Mankato to Rex and Carol Benjamin at Immanuel/St. Joseph’s Hospital on May 31, 1978. He was baptized at St. Paul’s Evangelical Church, North Mankato as an infant and attended Mankato Schools, graduating in 1996 from Mankato East High School. While attending East High he was active in Speech, Choir, and was on the East Junior and Senior High Diving Teams throughout his time at the school. He was asked to help with the Diving Teams and stayed on at East becoming a Diving Coach for several Mankato Divers over the years. The Minnesota State Swimming and Diving Tournaments at the end of each season held in the Twin Cities drew judges from schools throughout the state and Raymie was very honored to be asked to judge. He enjoyed coaching summer diving at Tourtelotte Pool and being the site manager for the large invitational swim meets held there in the summer.

He was employed at East High School for many years in assorted positions and he was happy to be available and help wherever he could, be it a football game, a track meet or a study hall. Throughout the years he held other positions around Mankato and he didn’t usually mind going to work. But his passions were Chevy trucks, and he loved his orange Jeep Wrangler. Going “mudding” with his buddies was his favorite past-time and camping by the mud holes was fun rain or shine. He liked a good joke, his Mountain Dew, and country music. Helping his friends was not a bother because that’s what friends do for each other. There just wasn’t a lot that would ruffle his feathers. Except eating anything green!

To order memorial trees or send flowers to the family in memory of Raymie Ryan Benjamin, please visit our flower store.