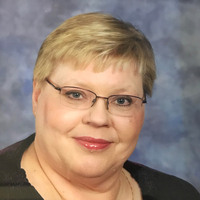 Pastor Vicki Hultine grew up in Milwaukee, Wisconsin, the daughter of two chiropractors.

After graduating from high school in Milwaukee, she earned an undergraduate degree in music education at St. Olaf College in Northfield, which she called “liberating.” For six years in the 1970s, Vicki was a music specialist in the Minneapolis public schools, a very eye-opening experience. “Some of it was pretty touch,” she said.

Having considered the seminary while at St. Olaf, Pastor Vicki did eventually pursue that path. She entered Luther Seminary in St. Paul (just about the time it was okay for women to be pastors, she said). Pastor Vicki earned a Master of Divinity degree and a Master of Theology degree and pursued a doctorate in pastoral counseling at the School of the Theology at Claremont, California.

Music was a major factor in Pastor Vicki’s life. She sang in the St. Olaf Choir (alto or second soprano) and sang with the Dale Warland Singers before entering the seminary. “I love choral music,” she said. As a Warland Singer, appearances on Garrison Keillor’s Prairie Home Companion were a highlight.

Another one of Pastor Vicki’s claims to fame was being the first female employee in the shipping department of Augsburg Publishing House. During the time she was working on her Master of Theology degree, she worked at Augsburg, not only in shipping but also as the night janitor and in sales. She said the experience working with people was really a good one. “It kept the theology grounded in reality.”

Experience as chaplain at North Memorial Hospital in Robbinsdale also added to Pastor Vicki’s understanding. She said it was hard, but very rich, working with people in the circumstance of death. She worked with hospice patients and families; she conducted grief and support groups and spiritual assessment training for nurses, not to impose their own beliefs on patients, but to allow them to own theirs. “There is a spiritual aspect when people are dying that takes over when medicine doesn’t work,” she said. She called it a great experience.

She enjoyed the creative aspects of the worship service - preaching, using words. One of her favorite parts of being a pastor was conducting baptisms. “It’s a new life,” she said. And, because she remembers straining as a child to see the baby at the baptismal font, she carried each baby “all around the church, so everyone can see him/her.”

To order memorial trees or send flowers to the family in memory of Pastor Vicki Roberta Hultine, please visit our flower store.