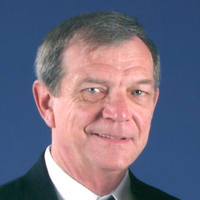 Richard “Rich” Lebens, age 73, of Eagle Lake, MN and formally from Shakopee, passed away peacefully October 25, 2020 at home surrounded by his family after a short battle with pancreatic cancer.

Rich was born on August 7, 1947, in St Paul, MN, the only child of Clarence and Bernice (Scherer) Lebens. He grew up in Shakopee and attended St. Marks Catholic School through junior high and graduated from Shakopee High school in June, 1966. After graduation he was drafted into the Army and was stationed in Fort Lewis, WA. He was joined in marriage to the love of his life, Germaine I. Wenisch on January 28, 1967. They resided in Fort Lewis until he was honorably discharged in November, 1968.

The couple were blessed with three children - Kimberly, Holli and Paul.  The family lived in Shakopee from 1968 to 1977, during this time Rich was a Shakopee volunteer fireman and was employed with Minnegasco Co, which relocated him and his family to Mankato (Eagle Lake).  Rich was a very active member of the Eagle Lake community, he held various positions with the Eagle Lake JC’S including President and JC International Senator and he sat on the Eagle Lake City Council from 1989-2003.  He was also active in youth sports, serving as treasure of the Mankato Hockey Association, he was a board member of the Royals Baseball Association and was the secretary and treasurer for the Mankato Area Sundowner and Gutter Duster Bowling Leagues for 9 years. Rich retired from Minnegasco in 2007 and joined the WOW Zone Family Fun Center part-time when they opened in 2008 until 2019.

Rich enjoyed reading, golf, traveling, and spending time with his family but he loved to bowl. Rich started bowling Junior League and then bowled men’s league with his father for a few years, many date nights for Rich & Germaine were at the bowling alley. Rich was inducted into the Mankato Area USBC Hall of Fame in 2019.

Visitation will be Thursday, October 29, 2020 from 4 to 7 p.m. at the Northview – North Mankato Mortuary, 2060 Commerce Drive, North Mankato, MN 56003. Memorial Mass will be held at Saint Peter & Paul Catholic Church on Friday, October 30, 2020, at 11 a.m. with a visitation one hour prior. Interment will be at Eagle Lake Cemetery with military rites provided by the Mankato Area Veterans Memorial Squad.

To order memorial trees or send flowers to the family in memory of Richard G. Lebens, please visit our flower store.