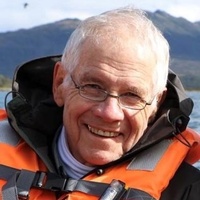 Visitation will be held from 4-7pm, Thursday, April 25, 2019 at Hosanna Lutheran Church in Mankato. Funeral service will be 11am, Friday, April 26, 2019 at Hosanna Lutheran Church with visitation one hour prior. Following the service, military honors will be provided by the Mankato Area Veterans Memorial Rifle Squad. Richard will be buried at a later date at Fort Snelling National Cemetery in Minneapolis. Please share a memory of Richard with his family at www.mankatomortuary.com.

Richard was born December 16, 1936 in Mandan, ND to Sherman James and Alta Margaret (Jacobson) Melarvie and attended school in Bismarck. When he was 17 years old, Richard enlisted in the United States Navy on May 24, 1954 and served during the Korean Conflict. He earned the National Defense Service Medal before being honorably discharged on May 23, 1962. He was united in marriage to Katherine Unruh on September 17, 1960 at Trinity Lutheran Church in Bismarck, and they were blessed with three children.

Richard graduated from Western Washington University in Bellingham, WA and later earned his Master’s degree from the University of North Dakota. For over 30 years, Richard proudly served as an elementary teacher for the Fargo Public School district. One of Richard’s greatest joys was inspiring his students to realize their full potential. He poured his heart and soul into their lives and his students became woven into the tapestry of his heart.  He retired in June 1995.

After retirement, Richard and Katherine moved to Montana to be near the mountains. In July 2006, they relocated to Mankato to be near their grandchildren.

A lifelong learner, Richard had a joyful, childlike spirit and had a wide variety of interests and hobbies. He loved traveling around the world, fishing, rock cutting, pottery making, camping, hiking, skiing, woodworking, backpacking, canoeing, and photography. He was an active member of Hosanna Lutheran Church, volunteer for VINE, and member of a local photography club.

He was preceded in death by his parents; sister, Shara Adams; and niece, Kristi Bourgois.

Richard was very active at VINE Faith in Action and Hosanna Lutheran Church. Memorial funds have been set up for memorial donations.

To order memorial trees or send flowers to the family in memory of Richard Alton Melarvie, please visit our flower store.