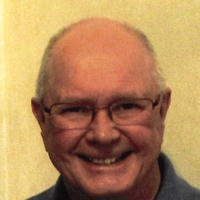 Funeral Service 11:00 a.m., Thursday, January 6, 2022 at Northview – North Mankato Mortuary, 2060 Commerce Drive, North Mankato, MN.  Visitation will be one hour before service on Thursday.  Interment will be in Ft. Snelling National Cemetery, Minneapolis.  In lieu of flowers, memorials maybe made to the Salvation Army, Habitat for Humanity, or a memorial of your choice.

Bob’s service will be live-streamed at his obituary webpage, https://www.mankatomortuary.com/obituary/robert-chamberlain

Robert Paul was born January 7, 1942 on a farm near Waterville, MN, to Paul W. and Bernice M. (Hollinger) Chamberlain.  Soon after the family moved to Mankato.  Bob attended SS. Peter and Paul grade school and graduated from Loyola High School in 1960 where he played football, basketball, and ran track.  He then attended Mankato State College.  In January of 1962, he joined the U. S. Navy and was honorably discharged in May 1966.   Soon after he met Myrna Dodge, originally from Thornton, IA and they were married January 14, 1967 at SS. Peter and Paul Catholic Church, Mankato.  They were blessed with a son, Michael Kaylor and daughter, Jodi Lynn.

Bob loved talking to people and was a born salesman.  He worked for several companies and businesses over the years including working for his parents at Chamberlain Window & Siding Co., NSP, IDS, and Campbell Soup Company.  Later he and his brother, Gordy owned Chamberlain Window & Siding Company.  After selling the company, Bob became general manager of the Mankato Bowl, later renamed the Sunset Bowl.  In 1992 they moved to Aberdeen, SD and was hired to be the general manager at the Village Bowl, a 32-lane center.  He enjoyed this job, as he liked visiting with bowlers, giving lessons, running SD State and Aberdeen Tournaments and working with Special Olympics both local and statewide.

Bob was a member of the Mankato Jaycees, where he served as a Director and President.  He also served as Vice President of the Minnesota State Jaycees.  He achieved the honor of being a “JCI” Senator.  Bob was “Life Member” of the VFW and American Legion Member for 46 years.  Bob enjoyed sports; playing both fast and slow pitch softball, was an avid bowler and golfer.  He also enjoyed traveling to golf and fishing outings and to state and national bowling tournaments.

In 2007, Bob and Myrna retired and enjoyed playing golf, traveling to see family and continued bowling.  On December 7, 2017, he rolled a 300 game at age 75.  In March of 2020, they moved back to Mankato. Bob is in the Local Bowling Hall of Fame in Mankato and Aberdeen, South Dakota State Bowling Hall of Fame and the Mankato Softball Hall of Fame.

To order memorial trees or send flowers to the family in memory of Robert "Bob" P. Chamberlain, please visit our flower store.