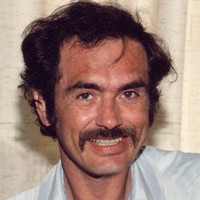 Robert was born April 25, 1954 in Mankato to Harold and Frances (Mundt) Danks. He served as a truck mechanic in the United States Marine Corps from July 30, 1975 until being honorably discharged on May 11, 1977.

He was preceded in death by his father, Harold, and brother, Rick.

A visitation will be held from 4-7pm, Thursday, March 25, 2021 at Northview ~ North Mankato Mortuary. Private burial will take place at the Minnesota State Veterans Cemetery in Preston, MN at a later date.

He loved hunting, fishing and loved admiring and working on old cars. He worked as a Mechanic and Truck Driver.

To order memorial trees or send flowers to the family in memory of Robert Norman Danks, please visit our flower store.