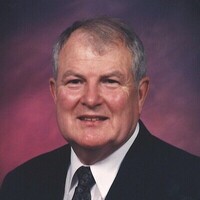 Robert was born in a small farmhouse near Swea City, Iowa, on September 29, 1934.  He was the fourth of seven children born to Henry and Anna (Mathias) Reutzel.

Born with a strong work ethic and excellent study skills, Robert sought a better life for himself.  He graduated from Seneca High School in 1952 and South Dakota State University, Brookings in 1961, with a pharmacy degree earning scholarship honors from Gamma Kappa Pharmaceutical Fraternity and Rho Chi Honor Society a Pharmaceutical Honor Society.  He was proud to be licensed in Minnesota and South Dakota and passed his state board exam in his sixties to be licensed in Arizona.

While attending a dance at the Mankato Ballroom in 1962, Robert met the love of his life, Renee Neubert.  They were married May 11, 1963, and together they owned the Mankato Clinic Pharmacy and later the Prescription Care Center in Mankato.  He often worked multiple jobs as a relief pharmacist and as a pharmacology teacher for 15 years at Minnesota State, Mankato.

Robert supported many pharmacists when in need and acted as a mentor hiring pharmacy students from several universities to work as interns in his stores.  He also enjoyed working with young high school and college students teaching them about pharmacy and strong work ethics.

Robert was a member of the Board of Directors of the Minnesota State Pharmaceutical Association in 1976. In 1992-1993 was awarded The Merck Sharp & Dohme Award for outstanding achievement in the profession of pharmacy.    He was also the recipient of the 1995 Bowl of Hygeia Award, which recognizes pharmacists who possess outstanding records of civic leadership in their communities and encourages pharmacists to take active roles in their communities.  Robert was a member of the Mankato Kiwanis Club, Vine, Knights of Columbus, St. John the Baptist Catholic Church, and Pharmacy Century Motor Club.

Our husband, father, and grandfather will be remembered for his tenacious love of his family.  He was caring, loyal, smart, hardworking and gave an unbelievable source of love, support, and assistance in life.  We want to sincerely thank Mayo Hospice for their support, in our journey.

Funeral Mass will be held on Saturday, July 11, 2020 at 2:00 p.m. at St. John the Baptist Catholic Church, Mankato with Father John Kunz officiating. Visitation will be from 1:00 p.m. to 2:00 p.m. prior to the service at the church. Interment will be in Calvary Cemetery, Mankato. Northview-North Mankato Mortuary is assisting the family with arrangements. For condolences, please visit www.mankatomortuary.com or donations to Mayo Hospice of Mankato.

To order memorial trees or send flowers to the family in memory of Robert J. Reutzel, please visit our flower store.