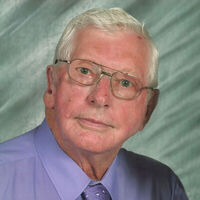 Roger Lindstrom passed peacefully in his home in Mankato, MN surrounded by his family, he was 89. Roger grew up on the family farm in rural Murray County where he attended Country School and eventually graduated from Walnut Grove High School. Roger farmed with his father after graduation. He married Shirley Joan Weidemann in 1955 and made their home on the family farm. Their union brought 5 boys into the family; Douglas (Yong), Daniel (Suzanne), Todd (Lynn), Thomas (Cindy), and Mark (Heather). Early in life Roger enjoyed hunting fishing and traveling. He was a member for more than 40 years of the Roaring Lions Motorcycle Club. Later he was a member of a Corvette Club in Sioux Falls, SD as well as one in Mankato. He married Helen O’Mallory on November 6, 2010. They made their home in Mankato, MN.

Roger was preceded in death by his father, Reuben; mother, Hannah; and his wife, Shirley of 50 years. He leaves behind his 5 boys and their families, 9 grandchildren and 7 great grandchildren; his wife, Helen of 10 years and her children, Matthew Miller, Jennifer Potocnik, and Nancy Olsen and Helen’s 4 grandchildren.

Visitation will be 5 to 7 p.m. on Wednesday, August 4, 2021 at the Mankato Mortuary in Mankato MN and will continue on Thursday for 2 hours prior to the service at the church in Westbrook, MN. Funeral service will be at 11 a.m. on Thursday, August 5, 2021 at Trinity Lutheran Church in Westbrook, MN. Interment will be at Westbrook Cemetery. Mankato Mortuary is assisting the family with arrangements.

To order memorial trees or send flowers to the family in memory of Roger Lee Lindstrom, please visit our flower store.