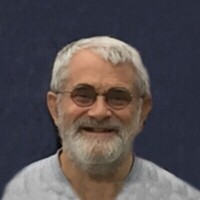 Ron passed away peacefully in his sleep at Ecumen Pathstone in Mankato in the early morning of July 17, 2020.

He was born in Lombard, Illinois on April 20, 1946 to Clarence and Eva Williams. He graduated from Wheaton High School in 1964. After attending college in South Carolina and Arizona, Ron moved back to the Chicago area and began a career in the computer industry. He worked as a computer operator and programmer, primarily within the financial sector.

He settled in Elgin, Illinois where he lived until moving to Mankato in October of 2014. Ron was an active member in the Unitarian Universalist Church of Elgin and stayed in contact with many of his friends from the Elgin area after moving to Minnesota. Ron was a lover of classical music, he enjoyed listening to, studying, and playing pipe organs, and was an enthusiastic participant in a number of handbell choirs.

Ron was also fascinated with trains. He was a member of the Illinois Railway Museum, had an extensive collection of toy trains, and would read anything train-related he could get his hands on. He loved art and history, spending his free time visiting art institutes and museums.

In 2014, Ron moved to Mankato to be closer to family. He was a resident of Old Main Village senior living community for five years.

Ron had a special bond with and will be sorely missed by his nephew and niece-in-law, Rod and Cindy Bruce of Mankato; and nieces, Celeste Williams (Chris Arnold) of Oshkosh, Wisconsin and Sierra Schneider-Williams of Santa Cruz, California.

Ron was preceded in death by his parents; sister, Lois Skartveit; brother, John Williams; brother-in-law, Charles Bruce; and nephew, William Bruce.
At this time, there is no formal memorial service planned for Ron.

To order memorial trees or send flowers to the family in memory of Ronald David Williams, please visit our flower store.