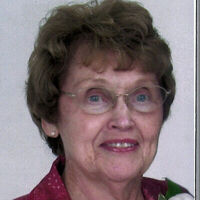 Mass of Christian Burial will be held on Monday, December 14 at 11:00 a.m. at SS Peter and Paul Catholic Church.  Visitation will be on Sunday, December 13 from 2:00-4:00 p.m. at Mankato Mortuary with the rosary beginning at 2:00 p.m.  Visitation will continue one hour prior to the service at the church.  Burial will be at Calvary Cemetery.  Masks and social distancing will be required.  Memorials are preferred to VINE or SS Peter and Paul Catholic Church.

Rosemary was born on June 27, 1932 in Adams, MN to Aloysious and Martha (Loecher) Landherr.  She graduated from Adams High School in 1950.  She earned degrees from Winona Teacher’s College and Mankato State University.  Rosemary was a fifth grade teacher in Ceylon, Winnebago, and Circle Pines.  She was a substitute teacher for many years in the Mankato Area Catholic Schools.  On August 10, 1957, Rosemary was united in marriage to Roy Shephard.  They moved to Mankato in 1958.  Rosemary was a devoted Catholic and supporter of Loyola Catholic School.  She was a 60 year member of SS Peter and Paul Catholic Church where she was a member of the St. Cecelia Choir.  Rosemary enjoyed acrylic painting and belonged to various art groups in the area.

Rosemary’s family would like to thank the doctors and nurses at Mayo Clinic Health System Hospital, the staff and doctors from Bluestone Vista at the Mankato Clinic, the nursing staff at Waters Edge Assisted Living, and care staff at Ecumen Home Care for the wonderful care and compassion they provided.

To order memorial trees or send flowers to the family in memory of Rosemary (nee Landherr) Shephard, please visit our flower store.