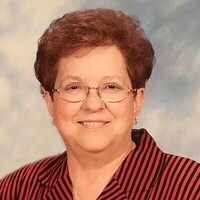 Private services will be held for the family at Immaculate Conception Catholic Church of Marysburg with burial in the church cemetery. Mankato Mortuary is assisting the family with arrangements.

Rosemary Theresa, the daughter of Joseph and Rose (White) Traxler, was born on June 17, 1942 in Le Center. She was united in marriage to Richard Wondra on March 14, 1961. Rosemary was previously employed at Minnegasco and she was the IT Director at ASCS of Mankato. She was a member of Immaculate Conception Catholic Church of Marysburg. Rosemary enjoyed spending her retirement years cooking, playing games, shopping and spending time with her children and grandchildren.

To order memorial trees or send flowers to the family in memory of Rosemary Theresa Wondra, please visit our flower store.