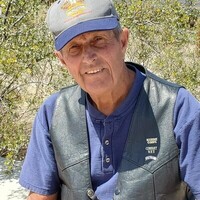 Royce E. Sohre, age 75, of Good Thunder, went to be with his heavenly Father on June 23, 2021 at University of Minnesota, Fairview Hospital in Minneapolis with his loving family by his side.

A private family graveside service will be held at Decoria Cemetery.

Royce was born on March 23, 1946 in Mankato to Elmer W. and Lela M. (Bunde) Sohre.  He was baptized and confirmed at St. John’s Lutheran Church, Good Thunder.  Royce graduated from Good Thunder High School on May 29, 1964.  He served his country for three years in the United States Marine Corps, serving 1 ½ years in the Vietnam War. He was honorably discharged as a Corporal.  Royce was united in marriage to Claudia Faye (Ziegler) Franz on April 19, 1968 at Redeemer Lutheran Church in Decoria Township.  He worked for over 40 years as a supervisor at SMC (formerly Lundin Construction) in Mankato.  Royce enjoyed riding his Harley Davidson with Claudia and touring the U.S., Canada, and Alaska.  He also enjoyed gardening, hunting, fishing, woodworking, and spending winters in Arizona.  Royce loved spending time with his family.  His faith was always most important in his life.

To order memorial trees or send flowers to the family in memory of Royce E. Sohre, please visit our flower store.