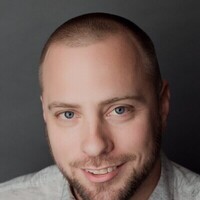 Private family services will be held.

Scott Allen Laughter was born October 28, 1986 to Edward and Lisa Laughter in Mankato. He was baptized and confirmed at Christ the King Lutheran Church. Scott graduated from Mankato East High School in 2005. He was united in marriage to Jakki Paape on July 13, 2013 at Lake Washington. Scott worked at Paape Companies in Mankato as an Electrician.

Scott enjoyed golfing with his dad and brother, Viking football games, pool and traveling. The special times spent with his little boys wrestling and roughhousing. He loved his boys with all his heart. He also loved Jakki so much and spending everyday loving her and the boys.

We're not meant to know the answers

They belong to the by and by--

To order memorial trees or send flowers to the family in memory of Scott Allen Laughter, please visit our flower store.