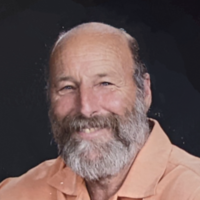 Scott Franklin Skidmore died on April 3, 2022 at the age of 70 in Mankato, MN. From his earliest days Scott loved the outdoors – from his days surfing as a kid in California, to bow hunting in the Colorado mountains, and fishing the lakes of Minnesota.

As a young man, Scott served in the Navy as an electronics technician. He turned these skills into a career with the US Department of the Interior and later the Northern Water Conservancy District. Retirement allowed Scott to continue pursuing that ever elusive contentment we all desire in life. He traveled with his dear friend Beverly Johnson, went on numerous motorcycle trips, and was active in his local Legion Chapter.

A service celebrating the life and witnessing to the resurrection of Scott will be held at 6pm on April 13th at the American Legion hall in Lake Crystal, MN. Final disposition will be burial at sea by the US Navy. Donations in memory of him can be made to the American Legion www.legion.org/donate.

To order memorial trees or send flowers to the family in memory of Scott Franklin Skidmore, please visit our flower store.