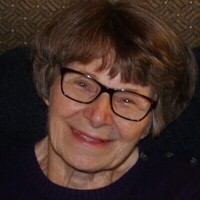 Visitation will be held from 4:30 p.m. to 7:00 p.m., Wednesday, December 30, 2020 at Northview – North Mankato Mortuary. There will be a private family service starting at 3:00 p.m., and the urn burial will be at a later date at Rice Lake Cemetery in rural Wells, Minnesota.

Shirley was born April 24, 1943 in Richmond, California to Ben and Kay Newville. The family moved to Winnebago, Minnesota when Shirley was a young child. Shirley graduated from Winnebago High School and attended college in Sioux Falls then later in Mason City where she graduated with a degree in business. Shirley was united in marriage to Edward Courrier on September 4, 1964. They raised 2 children and lived in Mankato, Rochester, and Clear Lake, Iowa. They enjoyed family camping weekends, refinishing antique furniture, and annual trips up north with the extended family. Shirley and her husband ran a vending business together where she managed the office and still found time to be one of the original hockey Moms and a dance mom. Shirley’s husband passed away in 1994, and she was diagnosed with MS shortly after his passing. Having MS was not going to slow Shirley down, so she moved back to Mankato to be closer to her children and grandchildren. Shirley was a busy grandma attending the grandchildren’s sporting and school events and was always first in line to babysit her grandkids. Shirley worked as an office manager at Micro Trak in Eagle Lake until she retired and moved to Willowbrook retirement community where she was active member of the co-op’s board of directors. In retirement, Shirley and her friend, Brad, spent their winters in Tucson, Arizona. Shirley was a longtime member of Hilltop United Methodist church, volunteering as a Sunday school teacher and helping coordinate fundraisers for the church. Shirley was also a leader in in a local MS support group.

In lieu of flowers, the family requests donations be made to Hilltop United Methodist Church of Mankato or the Upper Midwest chapter of the National Multiple Sclerosis Society.

To order memorial trees or send flowers to the family in memory of Shirley Ann Courrier, please visit our flower store.