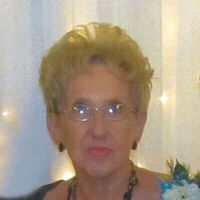 Shirley Mabel Kawell, 86, of Mankato, beloved mom, grandma, great-grandma, and friend, was called home to be with her Lord, August 25, 2021 at St. Marys Campus in Rochester. She passed away with the grace and dignity of only she could do.

Memorial service will be 11:00 a.m., Tuesday, August 31, 2021 at Our Savior's Lutheran Church in Mankato with visitation one hour prior to the service at the church. Burial will be at Tivoli Cemetery in rural Mankato. The family prefers memorials be given to the Robyn J. Barst Pediatric Research and mentoring fund (phassociation.org) as Great Granddaughter Evelyn was born with Pulmonary Hypertension.  Mankato Mortuary is assisting the family.

Shirley was born January 19, 1935 in Dundurn, Saskatchewan, Canada to Herbert and Mabel (Fredrickson) Warnke. She and her family came to the US in 1940. She was baptized September 5, 1943 in Mankato and confirmed at St. Paul Ev. Lutheran Church in 1949 in North Mankato. Shirley graduated from Mankato High School in 1953. On August 25, 1956, she married Monard Kawell in North Mankato.  She worked at Immanuel Hospital in the supply center until the birth of her first daughter in 1958 and then spent time at home raising her three daughters. She became a US citizen in 1995.

To order memorial trees or send flowers to the family in memory of Shirley Mabel Kawell, please visit our flower store.