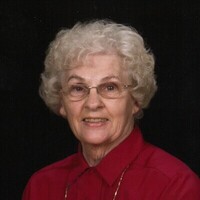 A private Mass will be held at SS. Peter and Paul Catholic Church in Mankato. Burial will follow at Calvary Cemetery. Please share a memory of Shirley with her family at www.mankatomortuary.com.

The family prefers memorials be directed to either Loyola Catholic School, SS. Peter and Paul Catholic Church, or Calvary Cemetery in Mankato.

Shirley was born June 13, 1933, in Mankato, MN to Jacob James and Stella Margaret (McHugh) Neubert. She graduated from Loyola High School in 1951. Shirley was united in marriage to Jerome Earl Westphal on August 28, 1965, at SS. Peter and Paul Catholic Church in Mankato and they were blessed with three daughters.

She enjoyed playing cards, watching the Minnesota Twins, flower gardening, watching birds, traveling throughout the United States and having fun with family and friends at the lake. Shirley was a lifelong member of SS. Peter and Paul Catholic Church and was active in prayer groups. If she wasn’t at home, she could usually be found at church.

The family would like to thank the nurses and staff at Pathstone Living for the wonderful care given to Shirley.

To order memorial trees or send flowers to the family in memory of Shirley Ann Westphal, please visit our flower store.