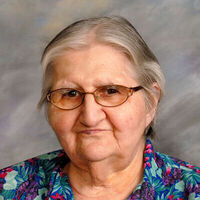 The Funeral Mass for Sister Maris Stella will be held at 10:30 a.m., Friday, May 6, 2022, in the Good Counsel Chapel, Mankato, Minnesota, with Father John Kunz as presider. A 9:00 prayer of remembrance will precede the funeral.  Burial will follow in the Good Counsel cemetery. We extend our sympathy to Sister Maris Stella’s nieces and nephew and their families, her colleagues and former students, and her sisters in community, the School Sisters of Notre Dame and SSND Associates. She was preceded in death by her parents, Joseph and Mary (Rymarchick) Waselak, two sisters, Mary Peterson and Florence Affeldt, and her brothers, John and Joseph, and a brother who died in infancy.

On October 8, 1924, the Joseph and Mary Waselak family of Minneapolis welcomed their fifth child and second daughter, Dorothy, who was baptized two weeks later at SS. Cyril and Methodius Church in Northeast Minneapolis. Two years later, another daughter was born into the family.  When Dorothy was five, her father died, and her mother became the sole support of the family.

Dorothy attended public school throughout her elementary and high school years: Sheridan Elementary and Junior High School, and Edison High School.  There was no Catholic School in the parish until Dorothy was in seventh grade, so she attended religious education classes on Saturdays that were taught by Franciscan sisters from a neighboring parish.  SS. Cyril and Methodius School opened in 1937 with School Sisters of Notre Dame as teachers.  One day, the school principal, Sister Mary Wenceslaus Suda, asked to see Dorothy.  Sister Maris Stella continued, “I felt sure she was going to ask why I was not attending Saint Cyril’s but, to my relief, she merely wanted me to join a junior choir the sisters were organizing.  That choir was the starting point of my vocation.  Of course, I was not drawn to the sisters all at once, but gradually I became more and more interested in them.  Every now and then I visited the convent with a friend who was their shopper.  When she graduated from high school, I took her place, which meant closer contact with the sisters.”

During her high school years Dorothy started to think about becoming a sister.  Attending choir practices, singing for two Masses on Sundays and many during the week, and attending various parish devotions gave her a glimpse of the life of a sister. No one had mentioned anything to her about becoming a sister, but one day Sister Wenceslaus asked Dorothy if she had ever considered becoming a sister.  It was at that point that she decided to become a School Sister of Notre Dame.  She graduated from high school in 1943, but was needed at home to help support the family.  She worked in an office for one year and then entered the School Sisters of Notre Dame candidature in August, 1944.

A severe bout of homesickness almost caused her to leave the candidature early on, but she recovered and decided to stay.  As a second-year candidate she taught fourth grade at St. Matthew School, St. Paul.  This gave her a taste of convent life and made her anxious to return to school and convent life as a professed sister.  On July 14, 1946, Dorothy was received into the novitiate and given the name Sister Mary Maris Stella, Latin for one of the titles of Mary, Star of the Sea.  She professed first vows in 1947 and began a teaching ministry that would encompass students from the primary grades through high school.  She taught elementary grades at St. Francis de Sales, St. Paul; John Ireland, St. Peter; SS. Peter & Paul, Loretto; St. Matthew, St. Paul; St. Stanislaus, Winona; and St. Anthony, Lismore.  From 1963 through 1965 she taught at Trinity High School in Dickinson, North Dakota.  Following a year at Good Counsel Academy where she taught business courses and helped with secretarial work, she returned to North Dakota, teaching at St. Mary, New England until 1972. She earned a bachelor’s degree in secretarial science from Mount Mary College, Milwaukee, in 1958. In a 2017 Jubilee reflection, Sister Maris Stella wrote, “I enjoyed all the students that I taught, but I especially liked teaching commercial subjects such as shorthand and typing. One of my favorite places to minister was in the wide-open country of North Dakota, where I taught at Trinity High School in Dickinson and St. Mary’s School in New England.  Here, we had boarders and I really enjoyed them. We had some wonderful times with them.”

Sister Maris Stella returned to Good Counsel in 1972 and worked for one year as a member of the province secretarial staff.  She spent the next three years on the academy clerical staff, doing secretarial and accounting work.  Beginning in 1976, she filled a variety of roles in the motherhouse, the main one being receptionist and switchboard operator.  In 1987 she transitioned to general community service, which included helping with mail distribution.  During these years, she worked with Sisters Mary Joyce Pietsch and Mary Matthew Michel and shared with them a tremendous interest in and loyalty to the Minnesota Twins.

Sister Maris Stella retired fully in 2007 and appreciated having time for some of her favorite activities, including crossword puzzles, word finds, other types of word puzzles and scrabble.  She was known to make copies of word puzzles from the daily newspapers for distribution to other puzzle enthusiasts.  As a resident of Notre Dame Hall in her later years, she was often seen wrapped in her Twins blanket enjoying a televised Twins game.

In this, her Jubilee year, Sister Maris Stella expressed her gratitude to God and the SSND community for the blessings she has received over the past 75 years.  It was a parish choir that drew her to SSND.  May she now lend her voice to the celestial choir as she lives out the words of her theme from Psalm 98: “Sing a new song to our God.”

To order memorial trees or send flowers to the family in memory of Sister Maris Stella Waselak, please visit our flower store.