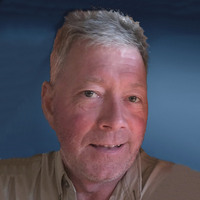 Thomas James Ryan, age 61, of Mankato, passed away unexpectedly on Sunday, December 12, 2021 at Mayo Clinic Health System in Mankato with his wife, daughter, and friend at his side.

Celebration of Tom’s life will be held at 6pm, Friday, December 17, 2021 at Northview ~ North Mankato Mortuary led by Pastor John Odegard. Visitation will be held two hours prior to the service. Please share your favorite memory of Tom and view his video tribute online at www.mankatomortuary.com.

Tom was an extremely hard working man with great pride in his work. He became a gifted tradesman and perfected his craft while working with his mentor, Denny. He was the best at what he did, and as a result, his trucks and trailers traveled the roads and highways across the region. Customers still reach out to him to this day.

Tom was very well-known and could put anyone at ease. He could strike up a conversation with anyone and quickly make friends. He was a true outdoorsman and loved spending time hunting, fishing, boating, waterskiing, camping, and feeding his birds.

Aside from marrying the love of his life, Cindy, one of his greatest joys in life was in his role as Dad and Grandpa. Spending time with loved ones meant a lot to Tom, whether it be huge reunions with extended family, spending time with his grandsons in Florida, or hunting with his closest buddies at the shack.

To order memorial trees or send flowers to the family in memory of Thomas James Ryan, please visit our flower store.