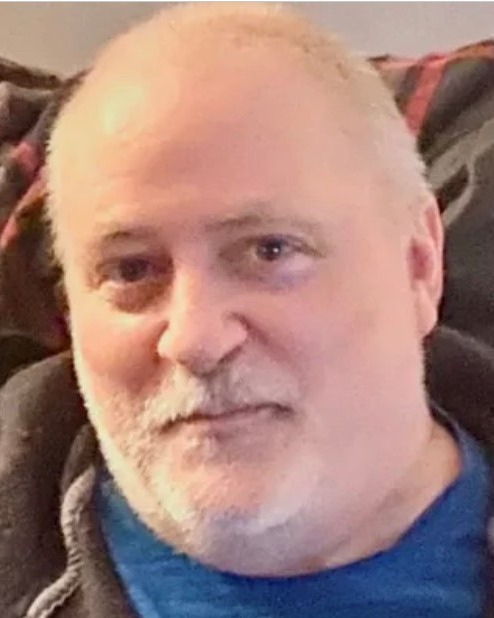 Thomas “Tom” Eldon Foss, age 57, of Courtland passed away peacefully on Monday, December 26, 2022, at Mayo Clinic Health System-Mankato, with his family by his side. Lake Crystal Mortuary is in charge of arrangements.

Tom was born in Fairbanks, Alaska while his dad was in the Air Force and settled in Mankato, Minnesota when his dad retired. Tom graduated from Mankato West in 1983 and went on to pursue body shop and painting at South Central College. He worked for many years at Kato Engineering as a Part’s Painter and went on to work for Jones Metal Fabricator for 10 years until February 2020 when he had to retire due to his illness.

In 2008 Tom met the love of his life, Christy and married a few years later. Tom helped raise 2 stepsons, Andrew and Matthew and stepped right into a role he didn’t have to and made a profound difference in these young men’s lives to this day. Then, came Grandchildren. Papa Tom was Tom’s favorite role of all.  He was the fan favorite amongst the kiddos and will be greatly missed.

Tom loved working on and collecting old cars. We would go to car shows and one his favorite things was recognizing a restored car that he had painted and help restore year earlier.  He loved the outdoors and working around the farm on anything and everything. Those that knew Tom knew him to be the kindest most gentle big ole furry guy ever! Tom loved spending time with his family and friends and telling one bad joke after another.

Tom was preceded in death by his parents, Willard and Marlene Foss; father-in-law, John Leve, and brother-in-law, Alan Hite.

Tom fought Multiple Myeloma for 3 years and man did he fight hard!

He will be greatly missed by all and though we are so relieved he is at peace; it has been and will continue to be a tremendous loss to us all.

We are planning on having a celebration of life in the Spring at the farm.

To order memorial trees or send flowers to the family in memory of Thomas "Tom" Eldon Foss, please visit our flower store.