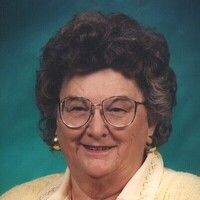 Mass of Christian Burial will be 11:30 a.m., Thursday, June 25, 2020 at SS. Peter and Paul Catholic Church, Mankato. Visitation will be one hour before service. Interment will be in Calvary Cemetery, Mankato. Mankato Mortuary is in charge of arrangements. Memorials may be given to SS. Peter and Paul Catholic Church or the School Sisters of Notre Dame.

Vivian was born September 30, 1927 to John and Marie (Boesch) Macho in New Ulm, MN. After graduating from New Ulm Public High School in 1944, Vivian graduated from a Teacher Training Program and taught at several rural schools in Brown County and in New Baden, Illinois. She went on to earn two more degrees from then Mankato State College.

Vivian married Major Linus Schramski on August 24, 1946 at St. Mary’s Catholic Church in New Ulm. Since Linus was a military man, she lived in Texas, Colorado, and Illinois before returning to Mankato in 1951. Linus died in 1963.

She then married Gilbert Borak at SS. Peter and Paul Catholic Church in 1978. Gilbert died in 1996.

Campfire Girls, Boy Scouts, Religious Education, volunteering at church, Catholic Daughters, DAV, and the American Legion are just some of the many organizations Vivian was involved in. Vivian loved flower gardening, playing cards, (especially Bridge), and watching sports. Most of all she enjoyed spending time with her family, especially at the cabin on Lake Washington playing with her grand and great-grandchildren.

Vivian was a very strong and outgoing person. She loved people and will be greatly missed!

To order memorial trees or send flowers to the family in memory of Vivian M. Schramski Borak, please visit our flower store.